My flight in to Oshkosh

Enough has and will be written about the event itself by persons better than I, but this year I was lucky enough to acquire an aeroplane to fly in to Oshkosh, so herewith my account.

My steed is a 1938 Taylorcraft BL, converted some time ago to Continental-powered from its original Lycoming. It is owned by Mike and Marta Jones of Beloit Illinois, and I met them some years ago through the Taylorcraft Owners Club. In previous years, I have borrowed ol' Bluey to take to the annual Pietenpol & Hatz fly-in at Brodhead, Wisconsin, but this year I persuade them to allow me to take her to Oshkosh. 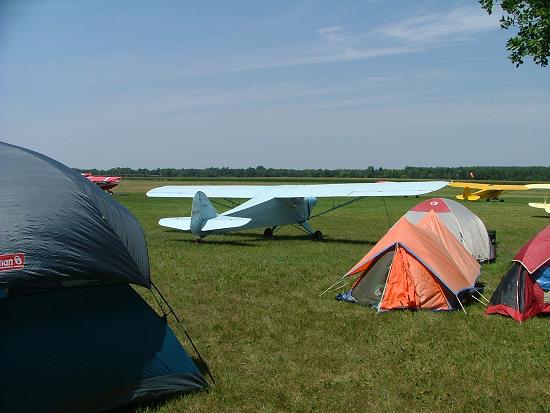 (Above: My steed for the week)

Pre-flight planning for Oshkosh is via the comprehensive downloadable NOTAM, and requires specific VFR arrival & departure routes. For arrival, there is a temporary "tower" with associated Approach frequency in a caravan in a field near the town of Fisk, about 5 miles south-west of Oshkosh, and VFR arrivals are required to route overhead from a specific direction.

Jim in '953 and I travel as a two-ship pair. We depart Brodhead at dawn, and after the 80 minute flight, initially route overhead Ripon (5 miles south-west of Fisk) and follow the railroad tracks towards Fisk. 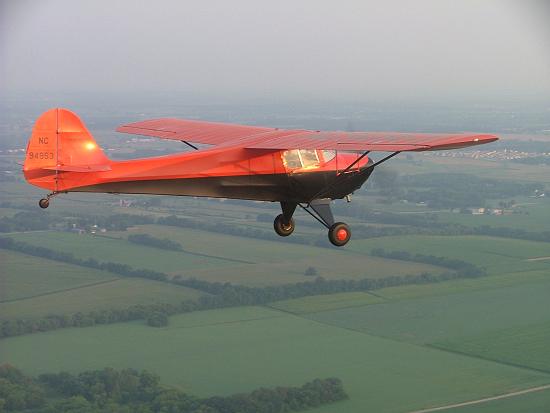 The Fisk controller identifies us by type, and asks us which runway we would prefer. Normally and by intent, the approach conversation is one-way, but since we are arriving at stupid-o'clock and traffic is light (in fact we saw only one other aircraft), the controller has time for some chit-chat. This morning, with a south-westerly wind, 27 is the duty runway, but given the opportunity for shorter taxy time to our parking, we accept a 36 arrival; the rear-quartering tailwind on touchdown will be less than 10 knots.

Before clearing us to route along the east-west road towards a left base for 36, he remarks "the nicest formation he's seen all day"...we laugh and change frequency to monitor Oshkosh Tower. 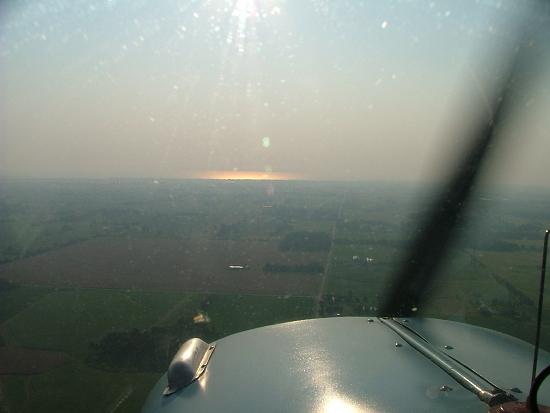 (Above: Extended left base for 36. The east-west road is below, and the early morning sun reflects off Lake Winnebago)

Approaching one mile left base, the Tower picks us out and clears us to land as a pair on 36. 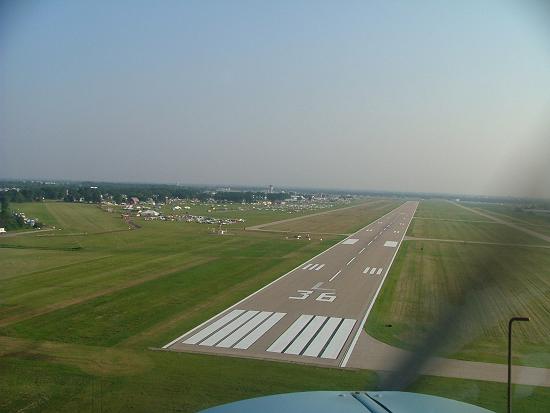 (Above: Short final 36. The quartering crosswind is a little stronger than anticipated, so we aim to land with some diagonal across the runway)

After taxying in & parking, I realise I have been parked in the wrong area (I should be in the Vintage park, not the Classic park) so search out a follow-me volunteer to escort me to the correct spot. Coincidentally, it's Eric, one of my Camp Scholler campmates. 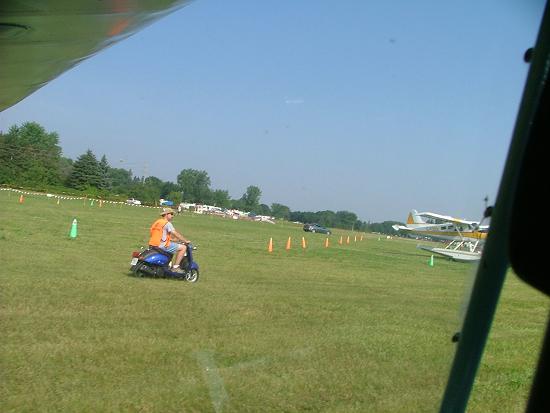 (Above: Following Eric to the correct parking)

Duly parked up & tied down, I bump into Janie, and we commandeer a passer-by to do the honours. Mike has put a Union Flag on each side of ol' Bluey to reflect its now international crew. 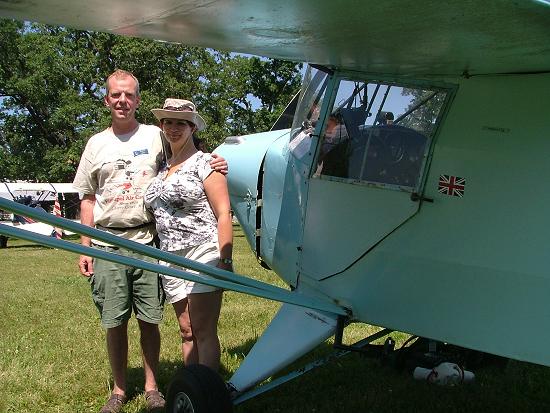 Four days later (before the show ends, so as to avoid the rush), I take ol' Bluey home. A departure briefing is required, and follow-me volunteers will then escort you to the taxyway for departure. The pink-shirted FAA controllers are at the runway threshold (36 again) getting a tan and controlling departures in between the arrivals. In short order, I am lined up & cleared to go. Again, the conversation is one-way. 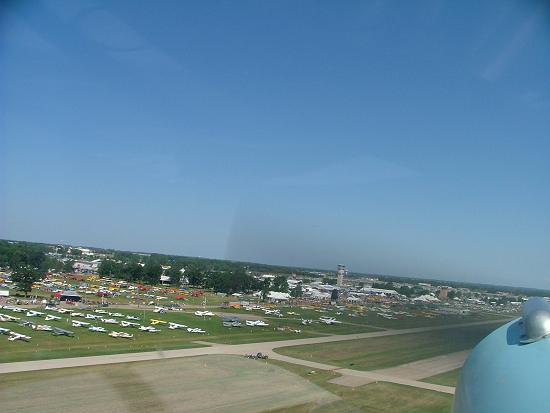 (Above: Note the marked cross wind climb out; also the new FAA tower is evident)

The mandatory departure route is a right turn to 150 degrees, maintaining 1800' until clear of the zone. This takes me close to the seaplane base, so I wander over for a closer look. It appears many of the other departures are doing the same; we are overtaken quite often. 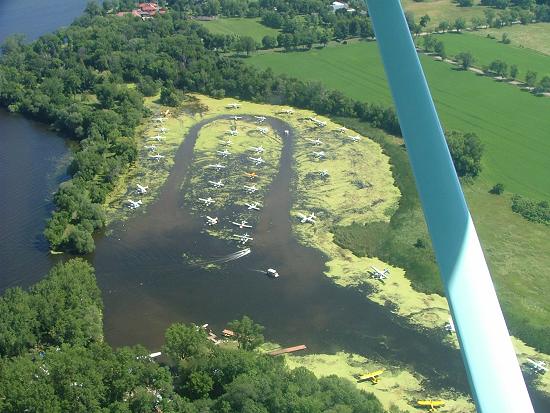 (Above: Oshkosh seaplane base)

I have previously arranged to meet some of my campmates at Hartford, 30 minutes south of Oshkosh, where it is much easier to take them for a ride, rather than battle the long queues at Oshkosh each time, so I head there with a passenger. 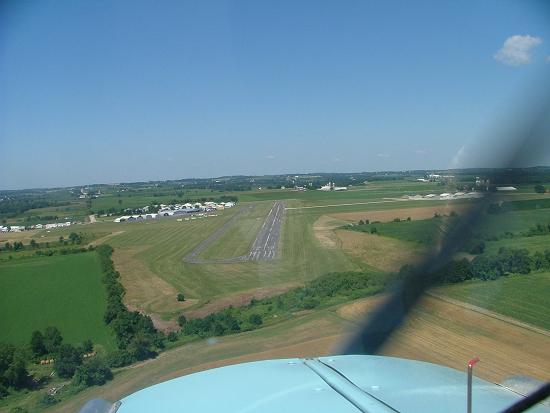 I take some of the campground kids for a trip, before the flight back to home base at Dacy, Illinois. 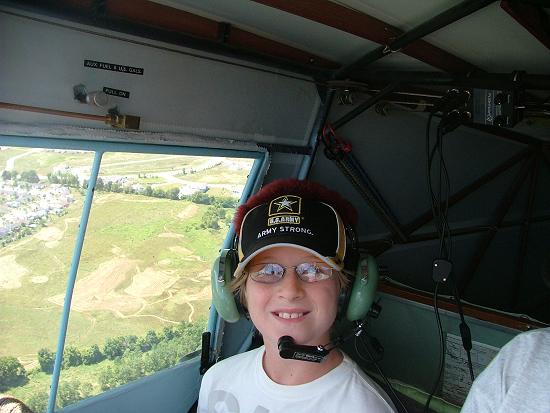 (Above: A smile says it all)

Completion of the rides now allows me the last 50 minute flight alone down to Dacy, and in short order, ol' Bluey is tucked up safe. 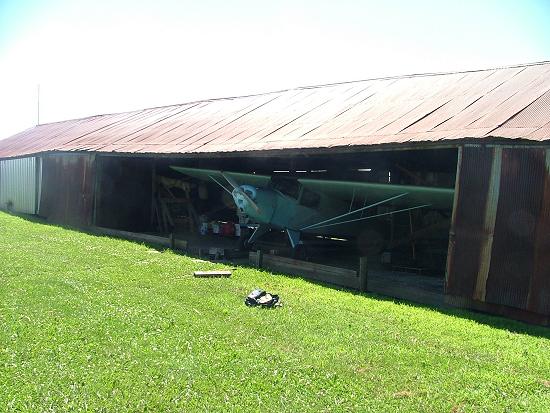 This was the second time I had flown into Oshkosh, and it's not at all as daunting as it might initially appear. Thorough study of the NOTAM, and arriving & departing outside of peak hours will ensure a stress-free flight.